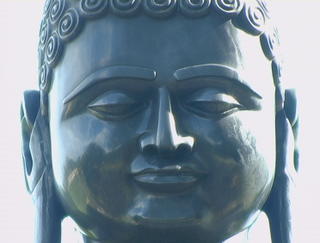 06.08.05. Samanvay Ashram, Bodhgaya.
Who is greater, the person who gives or the one who receives? I asked Dwarkoji. Obviously we know it’s “Giver” but I wanted to know the real difference between the two. When a yogi or a Bhikshu receives food and donation from others to survive, then is he being a burden to the society or is he giving an opportunity to serve to the “Giver” by willing to “take” from him and thus contributing to the society by his sadhna and spreading Good energy?
He replied: There’s no Giver in real sense. We have all received infinitely from the universe since our birth that there’s no comparison to what we can give. We should receive but without any expectation and try to give much more than we received. Be humble during giving and think not you’re superior but as one with him. It’s an Illusion that we can give. So let’s be thankful to what we have received and to what we can give.
In Thankfulness.