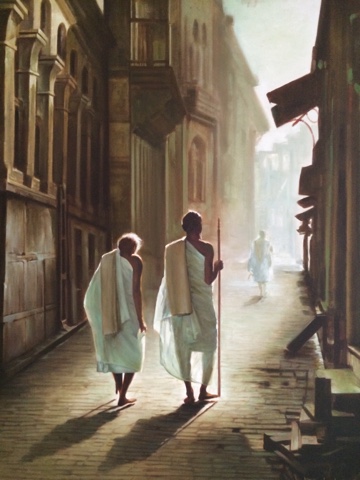 Like a wave it rose and then it crashed, such was his desire for this pilgrimage. Everyone is a pilgrim he wondered as he walked and met people along the way. He is no different, some take journey outside and some inside. He met Jain monks who have walked for most of their lives, river pilgrims who have walked for years and he also met mothers who have stayed in one place and yet did their pilgrimage through their family inwards. Where did his desire for pilgrimage came from, he asked himself honestly, was it a wanderlust, or was it an escape from reality, was he trying to hold back to his comfort zone as he has already done that or was he trying to prove something to himself ? Whatever it was it was fast dropping, like the heavy dark clouds. Always be a seeker of your own truth, and love what arises’ he reminded himself.
He Remembered Assisi, where he once saw a dream, a voice telling him to go for a pilgrimage for 11 days and today it was 11th day, is it a coincidence or mind just playing at its convenience ? Whatever it was he felt full and completed.
But then what next ? A voice also told him to finish what he has started, not because everyone expected him to, but to transcend his desire for constant pilgrimages.
He met a jain monk today, his next link, who told him to be more gentler with himself. There’s nothing to be proved, only to be accepted. Go towards the north, learn more about Krishnamurti in Uttarkashi. He also gave him several other options but his heart was already toward Himalayas and towards there he wanted to go.
Be Gentle, gentler, gentlest…
Day in photos 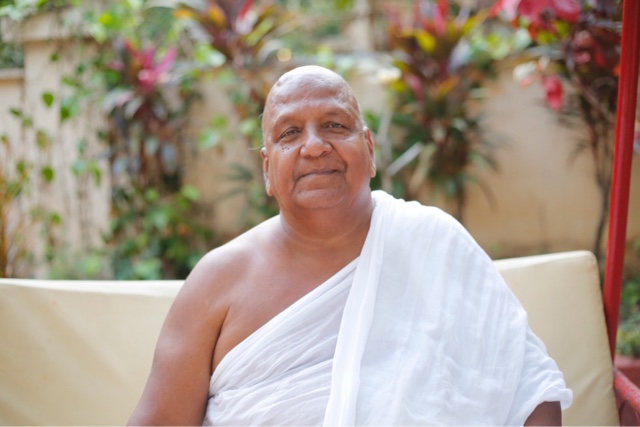 Maharaj Kirti muni ji, became a jain monk at the age of 10, had walked for more than 35 years without using any vehicle which is traditional in Jain monks. I stayed with him in his ShantiNiketan Ashram, Tithal. 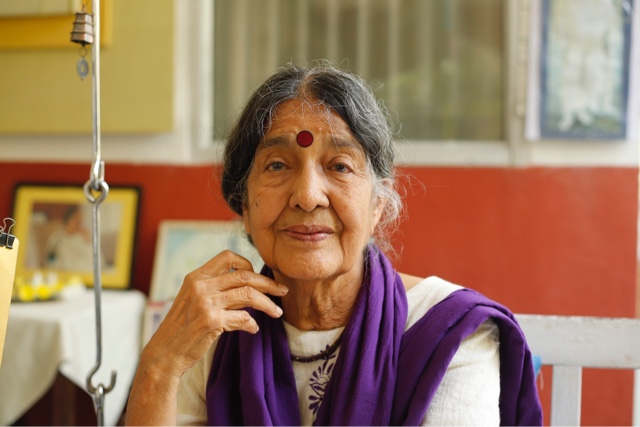 Kundanika Ben and her Husband Makrand Dave (also a reknowed poet) worked for tribals near Valsad and started a center called Nandigram. Spread over 28 acres it gives a vibration of a spiritual center and fragrance of Gandhian living. 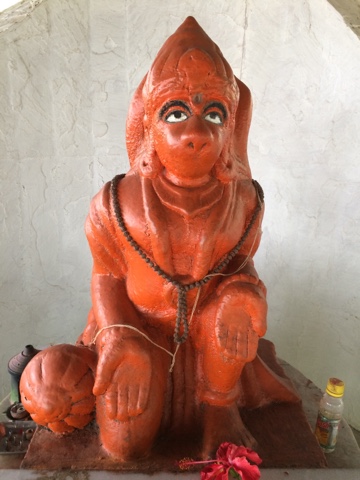 Hanuman, a very rare pose. They say that Makrand bhai had this statue in his dream and based on it he asked the artist to make it. 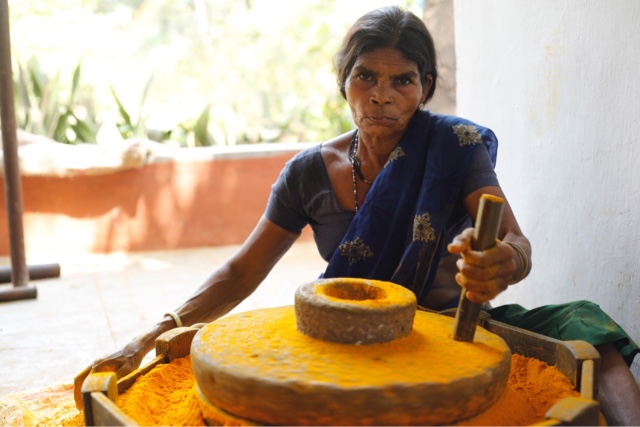 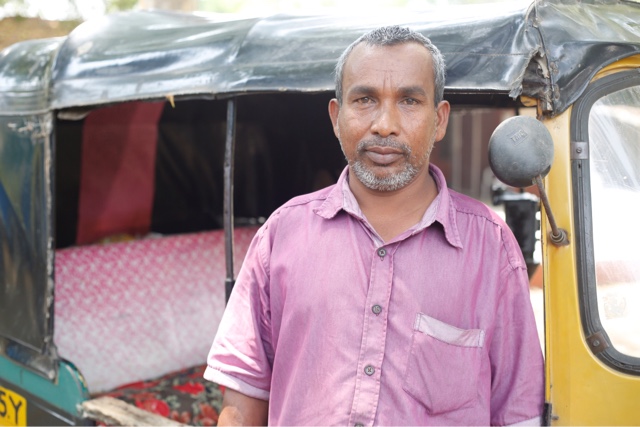 Bharat Bhai, our auto rickshawala. When I asked him what has been his essence of life, he replied to serve and make others smile. It’s all destiny and yet our karma makes our life, he said. 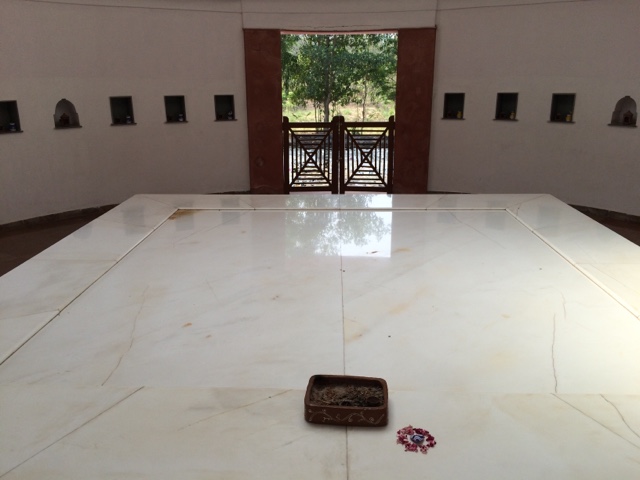 Samadhi of Makrand bhai, who passed away few years back. 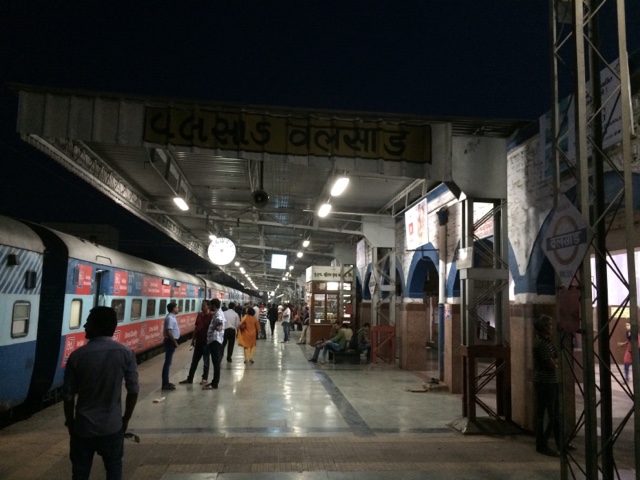 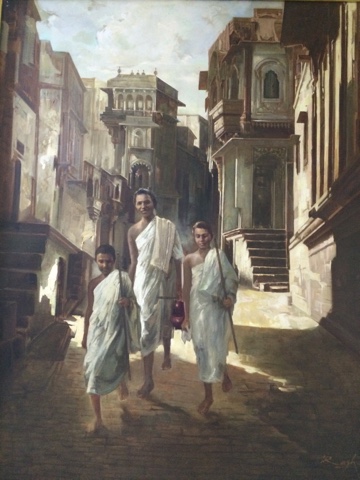 ‘Charaivati Charaivati’- may we all continue walking, inwards and outwards