By areyourealJune 28, 2019No Comments
Maktub
from the book Alchemist by Paulo Coelho 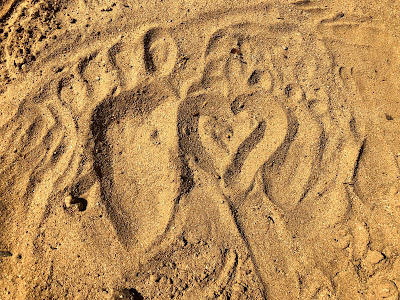 He was proud of himself. He had learned some important things, like how to deal in crystal, and about the language without words…and about omens.

“I’ve had this shop for thirty years. I know good crystal from bad, and everything else there is to know about crystal, I know its dimensions and how it behaves. If we serve tea in crystal, the shop is going to expand. And then I’ll have to change my way of life.”

“I’m already used to the way things are. Before you came, I was thinking about how much time I had wasted in the same place, while my friends had moved on, and either went bankrupt or did better than they had before. It made me very depressed. Now, I can see that it hasn’t been too bad. The shop is exactly the size I always wanted it to be. I don’t want to change anything, because I don’t know how to deal with change. I’m used to the way I am.”

“You have been a real blessing to me. Today, I understand something I didn’t see before: every blessing ignored becomes a curse. I don’t want anything else in life. But you are forcing me to look at wealth and at horizons I have never known. Now that I have seen them, and now that I see how immense my possibilities are. I’m going to feel worse than I did before you arrived. Because I know the things I should be able to accomplish, and I don’t want to do so.”

“What does that mean?”

“You would have to have been born an Arab to understand,” he answered. “But in your language it would be something like ‘It is written.’

“And, as he smothered the coals in the hookah, he told the boy that he could begin to sell tea in the crystal glasses. Sometimes, there’s just no way to hold back the river. “I’m leaving today,” said the boy. “I have the money I need to buy my sheep. And you have the money you need to go to Mecca.”

The old man said nothing.

“Will you give me your blessing?” asked the boy. “You have helped me.”

The man continued to prepare his tea, saying nothing. Then he turned to the boy. “I am proud of you,” he said. “You brought a new feeling into my crystal shop. But you know that I’m not going to go to Mecca. Just as you know that you’re not going to buy your sheep.”

“Who told you that?” asked the boy, startled.

“Maktub” said the old crystal merchant. And he gave the boy his blessing.

I’m going to go back to doing just what I did before, the boy thought. Even though the sheep didn’t teach me to speak Arabic. But the sheep had taught him something even more important: that there was a language in the world that everyone understood, a language the boy had used throughout the time that he was trying to improve things at the shop. It was the language of enthusiasm, of things accomplished with love and purpose, and as part of a search for something believed in and desired.

The Story of the Wounded Wall (stories)