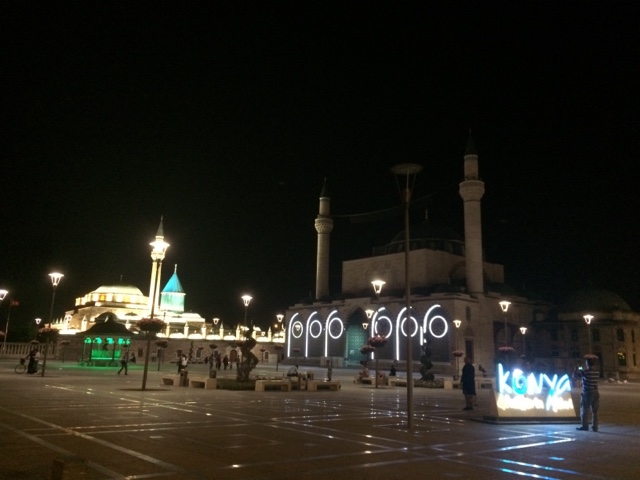 I am home, I am home of my beloved Rumi and shams.
Left the Dergah in Docedere today morning, with Gem baba and few other dervish friends. After a 8 hour drive we reached Konya.
Initially we were going to come to Konya with teacher Uruc but since there were not many people coming, he cancelled the trip. Bit dissapointed I said to myself whatever happens is for good.
Last night as we finished the Sema, Uruc shared how when we face obstacles or disease in life, it’s because there’s clogging of energy and this energy could be released by accepting and giving presents/gifts. I remembered that I had not given my donation yet to the Dergah for my time there so immediately I went and put it on the donation box. Minutes after I had done that, a friend told me that there’s a van going to Konya next morning and we can go with them. Immediately there was flow of blessing, you could call it a coincidence but I think it was connected with the giving of present.
The trip was beautiful with 8 of us, two dervishes and other friends who had participated in the Sema gathering, including dearest Premal  Ma who has been living in India since last 12 years, and other friends from Iran. Our driver Elash was smoking seesha all the way and we couldn’t help smiling all the time filled with exhilaration of this trip.
Along the way Gem baba shared some Sufi stories and wisdom insights. I really liked him, 60 year old yet quite young and powerful spirit and presence.
As we reached Konya, we first went straight to shrine of Shams. It was closed as it was 10.30pm. We offered our prayers from outside, looking through the window. Immediately I felt a rush of excitement being here finally, a dream since I read ‘forty rules of love’, where for the first time I was introduced to Shams. On my knees I prayed, prayed to keep my heart open.
A friend remarked, that there are several shrines of Shams around the world, most don’t know where he was buried as he was mysteriously disappeared, some believe he was murdered and his body was put in the well in Konya, which is still here below the shrine till today. Baba said “it doesn’t really matter, if people come here for shams, then shams comes here for them.”
We then in the silence of night drove towards the center of town where Mevlana’s shrine is, in the night, decorated with lights, it looked enchantingly beautiful.
For the night we stayed in a cafe, which belonged to baba’s friend. The name of cafe is Hic, which means ‘nothingness’.
With excited heart of being here in Konya, I fall sleep, dreaming about Shams, dreaming about Rumi and dreaming about love.
24th August , Konya, Turkey. 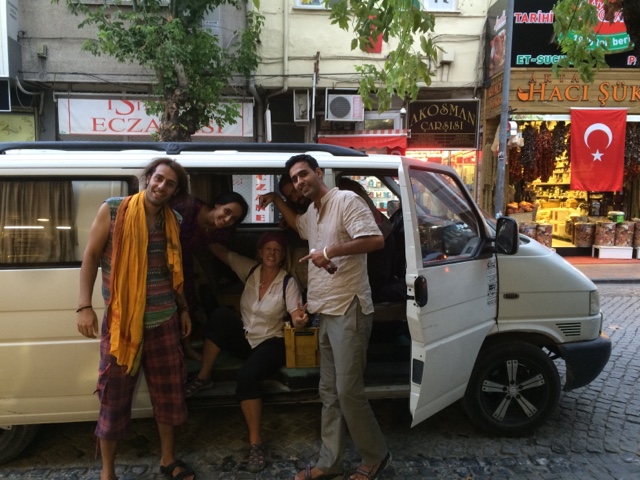 The dervish van and fellow pilgrims. 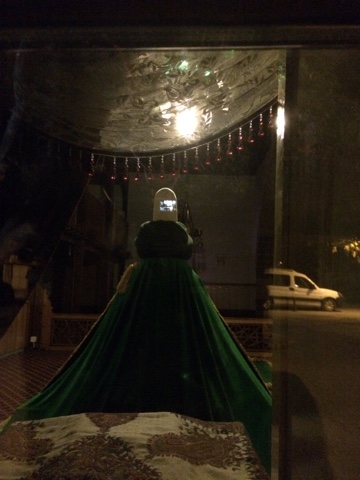 First glimpse of shams through the window. 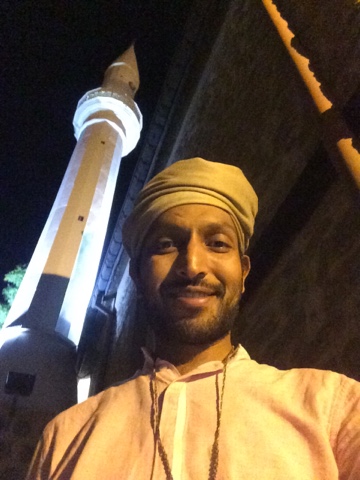 In the shrine of Shams. 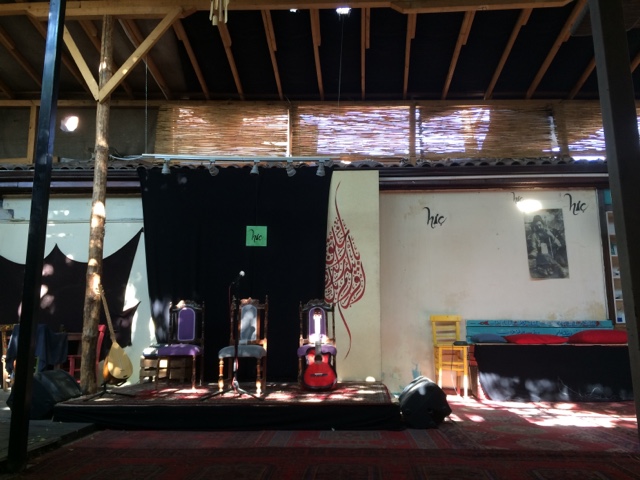 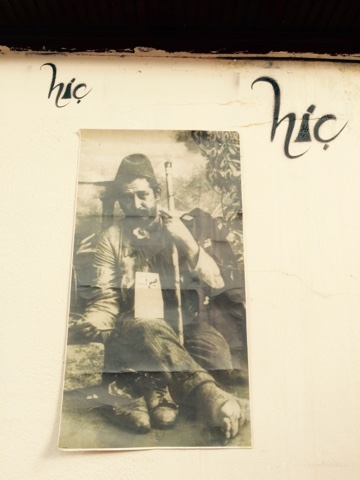 A dervish who had travelled the world, carried a board on his neck, written ‘nothingness’ (in Farsi).