Search Inside or Outside – Rabiya (Short story)

By areyourealJune 25, 2019No Comments
Search Inside or Outside
Sufi saint Rabiya (Source- Awakin.org) 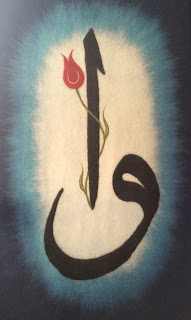 A famous Sufi mystic, Rabiya, was searching for something on the street outsider her small hut. The sun was setting and darkness was descending, as few people gathered around her. “What have you lost? What are you searching for? Perhaps we can help,” they said to Rabiya.

Rabiya said, “I have lost my needle.”

One amongst the people said, “Well, the sun is setting now and it will be very difficult to find the needle. Where has it fallen? That’ll help us narrow down the area on this big road. If we know the exact place, it will be easier to find it.”

Rabiya told them, “It is better not to ask me that question — because, actually, it has not fallen on the road at all. It has fallen inside my house.”

Everyone started giggling as if she was joking. Then a skeptic says out loud, “We always knew that you were a little insane! If the needle has fallen inside the house, then why are you searching for it on the road?”

“For a very simple reason: inside the house there is no light and on the outside a little light is still there,” Rabiya replied.

The people laughed and started dispersing. Rabiya called them back and said, “Listen! That’s exactly what you are doing: I was just following your example. You go on seeking bliss in the outside world without asking the most fundamental question: where exactly have I lost it?”

After a pause, she continues, “You have lost it inside, and yet you are looking for it on the outside for the very same reason — your senses are outward bound, your ears hear sounds on the outside, your hands touch things on the outside. That’s the reason why you are searching outside. For a very long time, I was also just searching on the outside. But the day I searched inwards, I was surprised. That is where I lost it and that is the only place it can be found.”