Where are you from ? 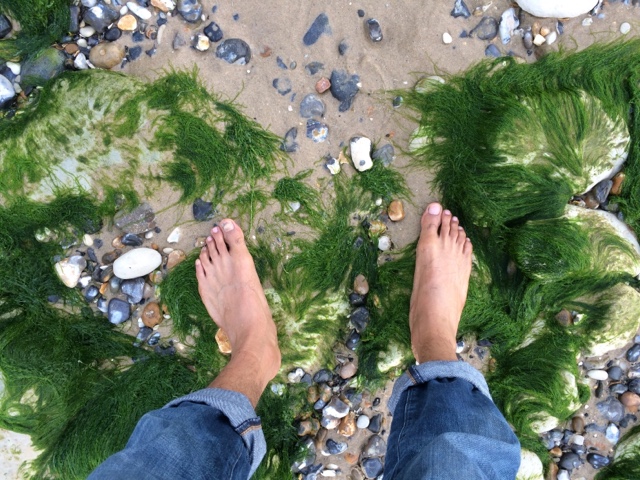 ‘Where you from ?’, a common first question we always get asked when you meet someone new and then followed by ‘what do you do?’
I always struggle to answer these but now learned to take them with smile. ‘How far do you want to trace my origin ?, I come from here, my parents from there, my grandparents from somewhere else and their parents lived in a completely different place, so where do I am from?
Last night I slept in a tent, in the camping ground, instead of the bus. Several times I woke up, sometimes due to cold, dampness, sound of the thunder and many times due to bad dreams. In one of them I was running from something or someone and got up afraid with heavy breathing. Somehow the night passed and I was reflecting on thousands of refugees sleeping in a tent in a foreign land. One of the friends I made from Pakistan told me how difficult it has been for him to sleep in the camp. It has been a psychological and emotional effect on him, he was worried that something could happen to him. Somehow I could now relate a bit with just one night in a tent and that too not even in the refugee camp but in the safety of my campsite. 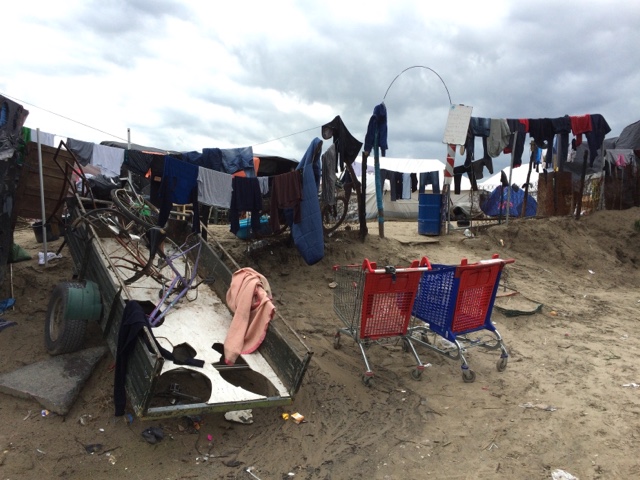 And then I also met this young person from Albania, who had ran away from his family and home, told me how he is feared bad guy in  his local area but here in the camp he feels lost and powerless. He missed his family realizing that it was the only true thing he had in his life and now he is trying to go back home, before it gets too late. 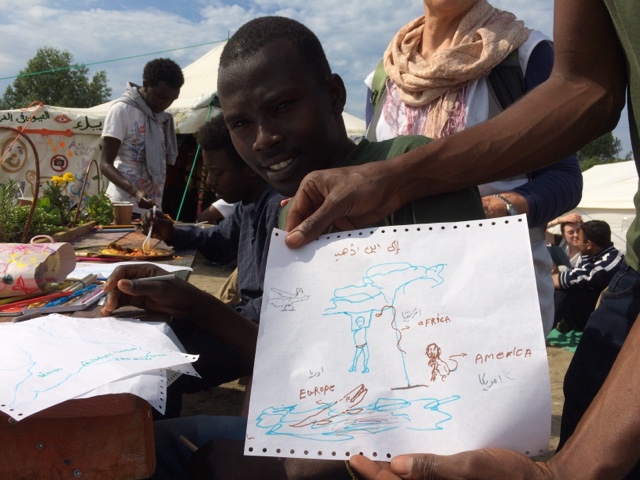 And another story of home and belongingness hit me was of Bashir from Sudan. He drew a painting as part of the art workshop we did yesterday. A man hanging on the tree, helpless and without a place to go as a snake is in the tree which symbolizes Africa for him, a lion symbolizing America is sitting under the tree ready to eat him, a crocodile with his mouth open is Europe for him and a vulture in the sky looking at him hungrily waiting for him to die.
Everyday they share with me their stories of love , loss and of not belonging anywhere and yet everytime they ask me where I am from, and when I say India, ahh you are my brother.
And I tell myself I don’t want to belong to any country any more but only to another beating human heart.
Jai Jagat